“O ye who believe! Fulfill (all) obligations. Lawful unto you (for food) are all four-footed animals with the exceptions named….”

The dietary laws in Islam nowhere mention that a Muslim can’t be a vegetarian or he must eat meat.

“And cattle He has created for you (men): from them, ye derive warmth and numerous benefits, and of their (meat) you eat.” (Al Qur’an 16:5)

Humans have flat as well as pointed teeth suited for both carnivorous and herbivorous diets. God gave us both sets so we could have both kinds of food according to the dietary laws in Islam.

The digestive system of humans can eat both vegetables and meat, thus indicating a positive argument towards Muslim dietary laws.

Hindus are strictly against eating meat, but there is some Hindu scripture that mentions saints consuming a non-vegetarian diet. These scriptures mention:

Hinduism was Influenced by Other Religions

Hindu scriptures allow them to eat meat, but they are influenced by other religions such as Jainism.

Certain religions forbid eating meat cause they are living creatures, but in this sense, they should not even consume vegetables

If all humans were non-vegetarian, then there would be an overpopulation of cattle. Allah wants to keep things in balance. The dietary laws in Islam are made to keep balance.

Zakkaytum is a verb derived from the root word Zakaah  (to purify). The Islamic laws require the following conditions

Blood Is a Medium for Infections

The Muslim way of slaughtering is hygienic and prevents many infections.

Animals Do Not Feel Pain

The slow cutting allows the animal to not feel pain.

Only eating herbivorous animals is allowed as they are docile. The hadith mentions what is terrible for people, and it clearly says the animals that are forbidden. Dietary laws in Islam are the best for maintaining good human health. All the harmful things are declared haram in  Muslim dietary laws.

As mentioned in the Quran, the dietary laws of Islam prohibit the use of pork because pork causes diseases, it is a filthy animal, and it is a fat-building material. 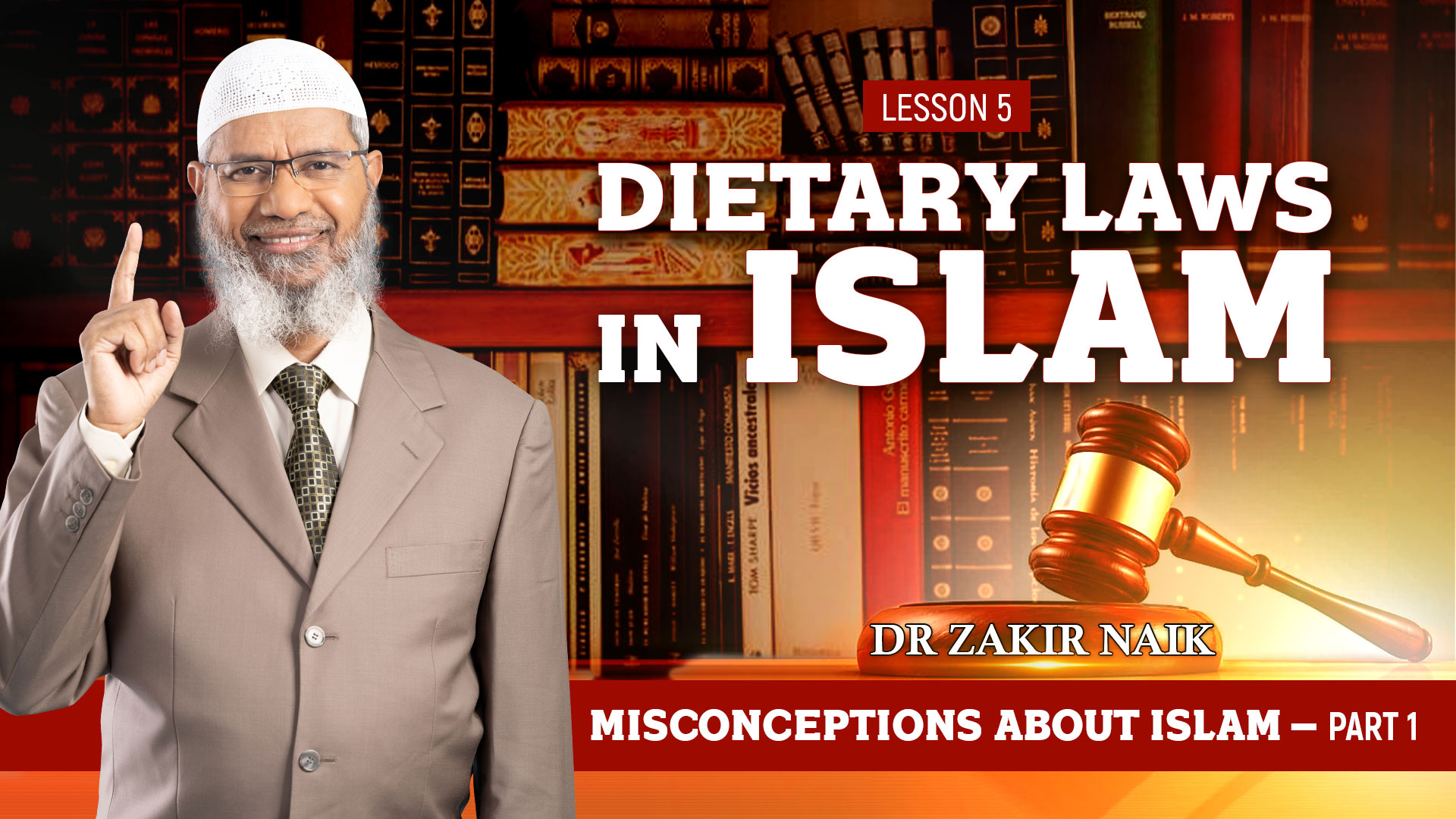 Previous Lesson
Back to Course
Next Lesson